NEVI Changes That Would Empower the Grid

Established by the Bipartisan Infrastructure Law and administered by the Department of Transportation, the National Electric Vehicle Infrastructure, or NEVI, Program​ provides nearly $5 billion from July 2022-June 2027 to help states create a network of 500,000 electric vehicle charging stations along designated alternative fuel corridors.

In its current form, NEVI will significantly advance the EV Charging industry to solve two critical obstacles to broad EV adoption in the US:

1. Range anxiety. Available in-route charging is a key factor in a consumer’s consideration

of purchasing an electric vehicle. Currently, lack of charging along corridors is scarce and

NEVI aims to resolve this primary objection for drivers.

2. Stranded assets. By attempting to require standards generally accepted by EVSE and EV

manufacturers today, NEVI seeks to avoid the potential for proprietary communications to

fall offline should the original technology provider end support, be acquired, or close up

While NEVI will significantly ease the cost burden of the charging infrastructure, it doesn’t currently appear to solve the far greater limiting factor of EV adoption, the grid. By 2050, EVs could increase annual U.S. energy consumption buy up to 2,000 gigawatt-hours (GWh), a 40% increase over projections that exclude EV. Charging requirements, if unmanaged, could increase peak demand across the country by 450 gigawatts (GW). As these non-stationary batteries proliferate toward a significant proportion of our grid load and potential storage, the need to provide grid services such as volt/var control and frequency response from the EV class of distributed energy resources will be absolutely required to maintain grid reliability and resiliency.

In its response to the Federal Highway Administration’s Notice of Proposed Rulemaking, Kitu takes the view that the current National Electric Vehicle Infrastructure (NEVI) proposal is unnecessarily limited to the charging use case of basic ISO15118 and OCPP controls. Electric vehicles and the charging infrastructure are becoming critical components in helping manage the stability of the electric grid. As such, by providing this funding to advance dynamic grid controls, the NEVI proposal could drastically expedite the roadmap for critical use cases such as a vehicle-to-grid (V2G) to offset this new disruptive electric demand.

The V2G use case is already supported by existing open, international standards (e.g., IEEE 1547 and SAE J3072) and protocols (e.g., IEEE2030.5), and real-world implementations of V2G are already being deployed today. Drivers and service providers of EV will benefit greatly from exporting power from vehicles back to the grid, but in its current form, NEVI funded EVSE will not have this capability at scale. 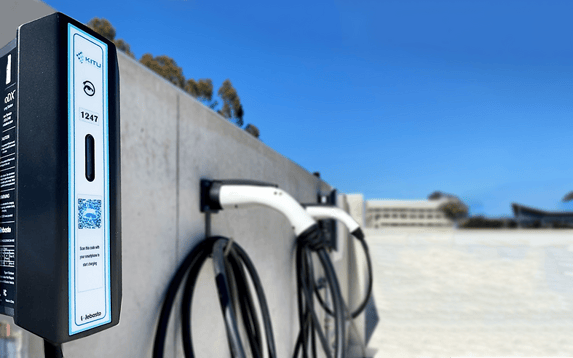 Using open communication standards, Kitu Systems is highly interoperable and integrates with multiple Electric Vehicle Supply Equipment (EVSE) manufacturers. Based on IEEE 2030.5 – the standard preferred by utilities for grid stability and control - the Kitu Systems platform offers the tightest grid integration and coordination of any charge station management system. Unlike systems based on proprietary protocols or the Open Charge Point Protocol (OCPP) which is focused on session management concerns, IEEE 2030.5 enables coordination all the way from the utility back office to the EVSE – and in the near future all the way into the vehicle’s battery management system

If you would like more information regarding Kitu Systems industry leading grid-integrated energy solutions, please submit a contact request and follow the links below for more detail.